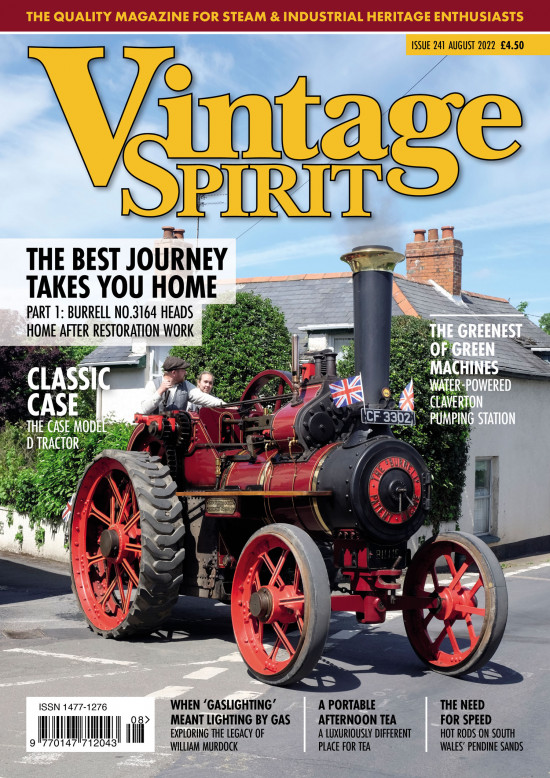 Barrie Woods came across an interesting site in Cambridgeshire.

James Hamilton followed an engine on a rare outing for the Queen’s Jubilee.

The Need For Speed

Peter Brockington ventured along to Pendine Sands and caught up with an interesting event. Not quite normal fare for this magazine but a fascinating spectacle all the same…

James Hamilton was impressed by the dedication of the owner of a miniature engine roading to a steam rally. He caught up with them at the start of the second day.

The Best Journey Takes You Home

Following some restoration work in south Gloucestershire on Burrell No.3164 in our May & June 2022 issues, John Flynn tells the story of the 80 mile trip back home to Dorset with the engine. This month we follow day one of the journey.

What Is Left Of… The East Somerset Railway

For his next lost railway adventure, Kevin Byrne heads into Somerset to look at the line from Witham Friary to Wells.

The Greenest Of Green Machines

The Case Model D was one of the most important tractors in the company’s line-up, writes Bob Weir.

Michael Pumfrey reports on the return of one of East Anglia’s premier events.

Looking Out Of Place?

While visiting a historic harbour in Cornwall, James Hamilton was surprised to find an unusual vessel moored there.

When ‘Gaslighting’ Meant Lighting By Gas

Oddities At The Sale

Jim Wilkie went to the preview day for the May auction at the showground at Malvern. 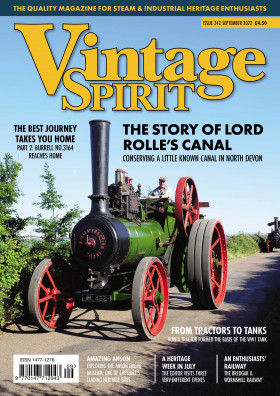 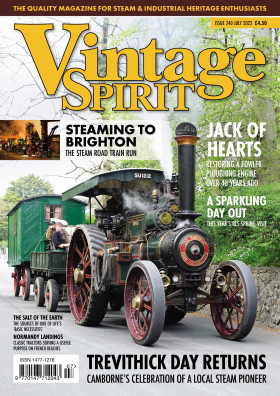