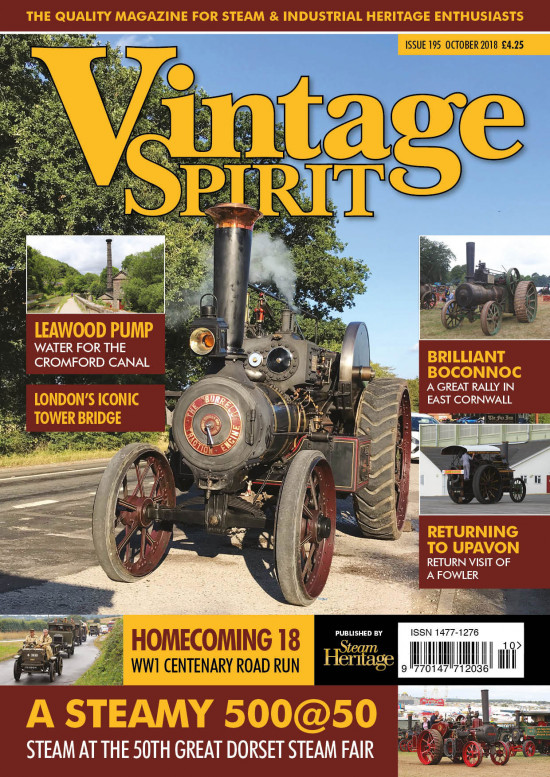 Jim Gerrard dropped in on two events held in the lead up to the Great Dorset.

Down by the Canal

Following last month’s article on the eastern end of the Cromford & High Peak Railway and Middleton Top engine house, this time Brian Gooding looks at the preserved Leawood Pumphouse that supplied water to the Cromford Canal.

On the Road with ‘Old Ernie’

Brian Gooding reports on a celebratory weekend of mixed weather but good company.

This year’s special road run to the Great Dorset Steam Fair was a replication of a homecoming convoy at the end of the First World War. Jim Gerrard was able to shadow the run.

Bricks for the Royal Flying Corps

James Hamilton follows an engine that delivered bricks to an RFC airfield high on the Wiltshire Downs as it makes a return visit many years later.

Jim Gerrard reports on the steam ‘happenings’ at this year’s Steam Fair.

Brian Gooding spent a couple of days at this year’s Boconnoc Steam Fair, soaking up the atmosphere of a Cornish rally…

Lord of the Mills

Sarehole Mill is one of only two surviving water mills in the city of Birmingham. The site also has a strong connection with the famous writer JRR Tolkien, writes Bob Weir.

Dick Bodily found some interesting engines during his visit to this year’s Great Dorset Steam Fair.

While most of us were enjoying a hot and sunny summer, Peter Brockington took a cruise to Norway and found indifferent weather, but also some interesting items.

John Hannavy explores one of the world’s best-known bridges. 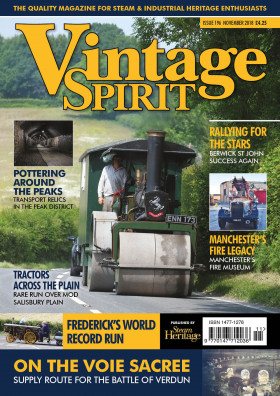 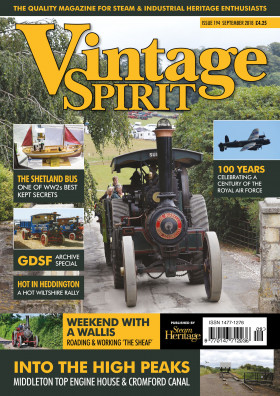