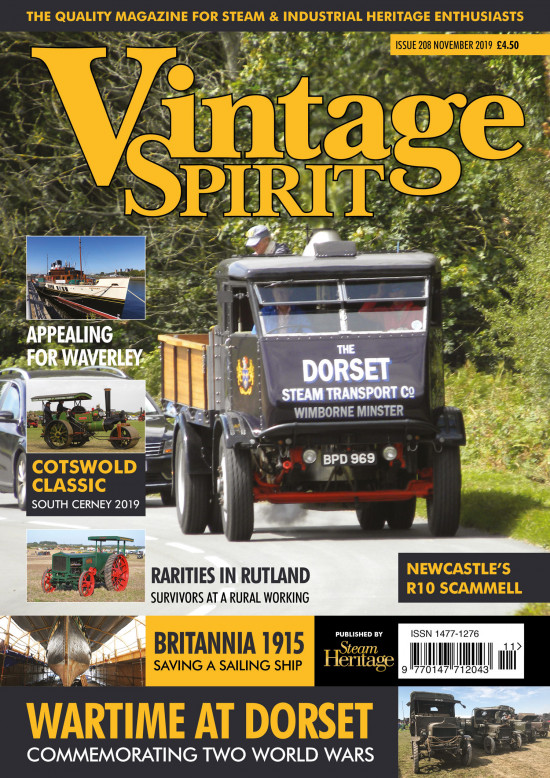 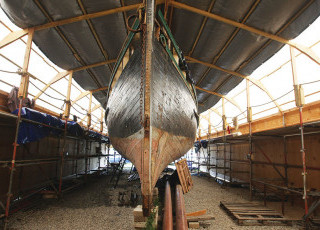 Brian Gooding dropped in to have a look at a unique sailing ship is languishing in a shed miles from the sea in north Devon which needs help to be restored. 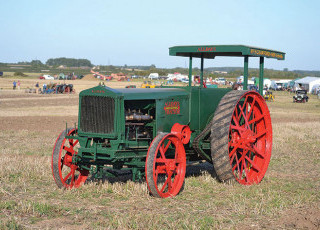 John Maund enjoyed a day out at the annual working weekend at Casterton in Rutland, held in mid-September, as usual. 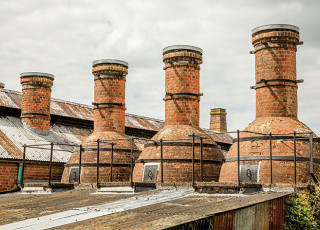 The Lust for Lime

John Hannavy explores the manufacture of a vital commodity. 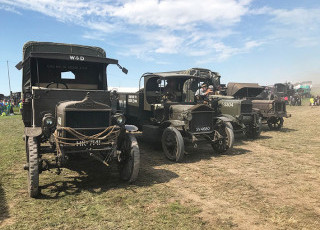 The Western Front of the First World War was commemorated at the 2019 GDSF, as was the 75th anniversary of D-Day and the Normandy Landings. Jim Gerrard reports. 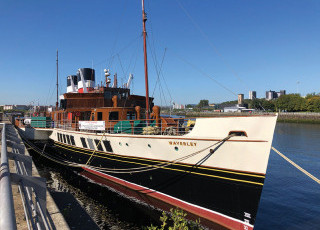 We all know the problems a condemned boiler causes for a road engine, but for a ship the issues and costs are compounded many times over. Paul Semple, Waverley’s General Manager, brings the story of the ship’s boiler issues up to date. 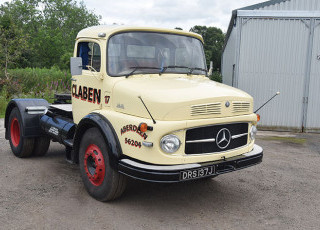 Bob Weir visits Stuart Walker from Aberdeenshire who has been collecting old lorries for as long as he can remember. He is particularly keen on his Mercedes ‘Kurzhauber’. 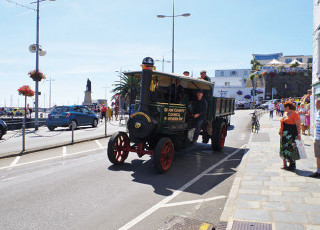 A Weekend in Guernsey

Tim Mayhew reports on a steam weekend in one of the Channel Islands. 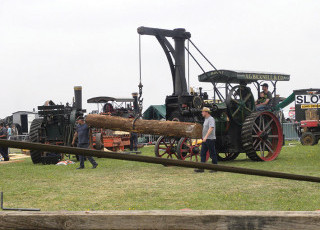 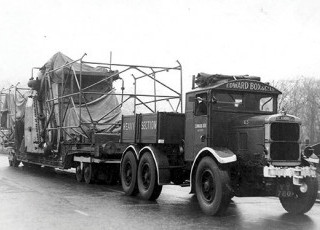 Roy Larkin looks at a Scammell built for a specialised job with Newcastle Electricity Company and which continued service with Edward Box Ltd. 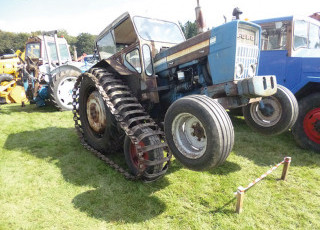 Jim Wilkie picks out yet more items of interest from shows he has visited. 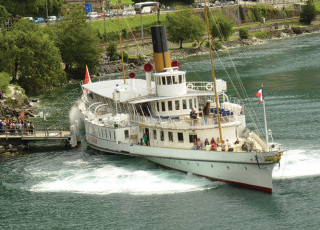 Peter Brockington takes us on a tour around a town on the eastern end of Lake Geneva and finds some interesting subjects. 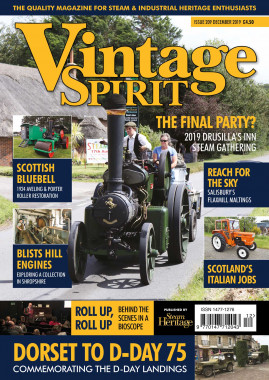