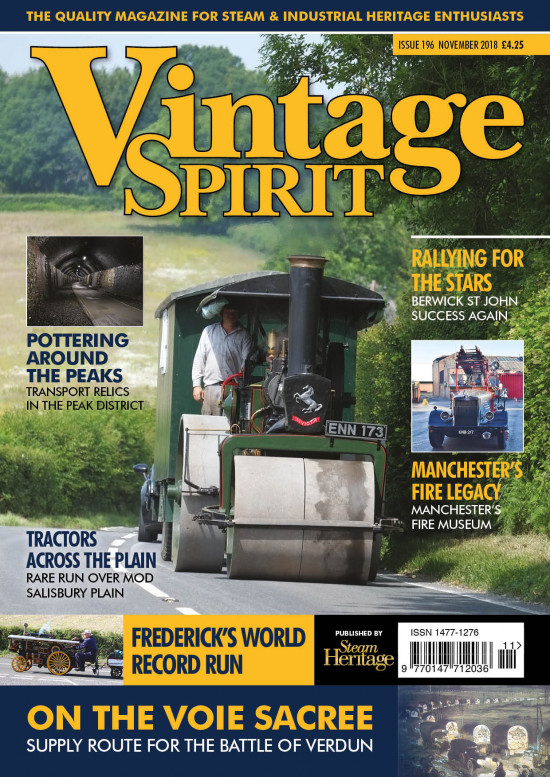 Tim Watson relates the story of his trip with his 4in. scale Burrell Showman’s from St Albans to Tarrant Hinton.

Rallying For The Stars

Jim Gerrard spent a weekend at the ever-growing charity rally at Berwick St John, which was a great success.

Peter Brockington went along to a museum near the Cardiganshire coast, that specialises in internal combustion engines, to see a steam engine run.

On The Voie Sacree

As we reach the centenary of the World War One Armistice, Roy Larkin takes a look at the major supply routes for the Allies to the Battle of Verdun in 1916.

Pottering Around The Peaks

Brian Gooding explores a few of the surviving transport relics of the Peak District.

Tractors Across The Plain

As we head into Autumn, we take a look back to the Spring when a large number of tractors and other vehicles were able to have a run across military land on Salisbury Plain. Jim Gerrard was there…

When Carters Steam Fair came to Basingstoke, Peter Hammond was there to record the road run around the town.

James Hamilton enjoyed a visit to a private railway in Kent when it held an annual open day.

Steaming On The Thames

James Hamilton follows a rare steam tug as it has a couple of outings on the Thames.

Heritage Open Days weekends are growing in popularity. Brian Gooding went to see a couple of rarely-open sites in Sussex. 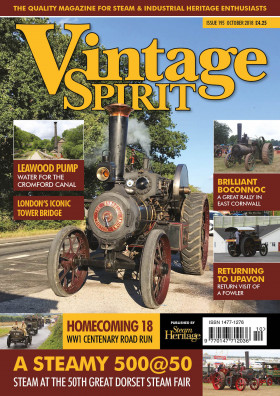