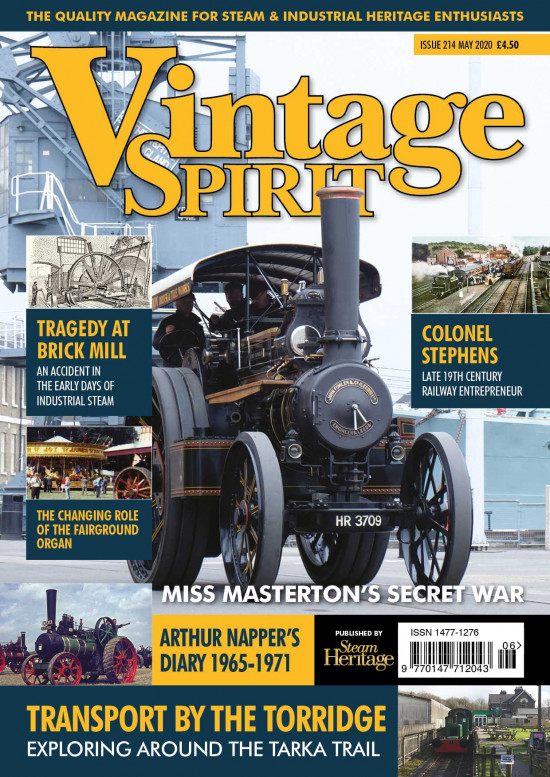 John Hannavy relates the story of his aunt who worked at Bletchley Park during the Second World War.

Jim Gerrard looks into the life and refurbishment of a 9in. scale Foden wagon.

Jeff Shackell concludes his series of articles looking at the relevant entries in the late Arthur Napper’s diaries in advance of the 70th Anniversary of the first traction engine ‘race’ at Appleford. This time, we look at 1965 to 1971.

While we were suffering a cold, wet winter, it was summer in New Zealand from where local Doug Wheeler reports on a show.

A Load of Rubbish

The Changing Role of the Fairground Organ - Part 1

Kevin Byrne takes a look at how fairground organs have changed from attracting crowds to rides, to providing entertainment in their own right.

Transport by the Torridge

Brian Gooding looks at developments on and around the Tarka Trail in north Devon.

David Stoakes from Tayside owns a fine collection of tractors. Bob Weir went to Errol to see one of his favourites, a Ferguson FF30DS nicknamed ‘The Puddock’.

The Tragedy at Brick Mill

John Hannavy tells the story of one of the many early industrial accidents of the steam age.

While his ‘wanderings’ are curtailed, Jim Wilkie has found some more items of interest from previous wanderings.

The Mill in the Suburbs

James Hamilton visits a windmill surprisingly tucked away on the edge of south London.

Brian Gooding found a couple of transport relics now serving as a cafe in rural Somerset.

The ‘Dynamo’ of the Golden Horn

Two engines, from the first quarter of the 19th century, have joined the Rahmi M. Koç Museum in Istanbul. Bruno Cianci reports.

John Hannavy explores a museum to the work of a late 19th century railway visionary and entrepreneur.

Jim Gerrard picks out a small selection of slides of rallies from the past.

From the Commentary Box

Andrew Semple reveals a few of the secrets from behind the microphone as a rally commentator. 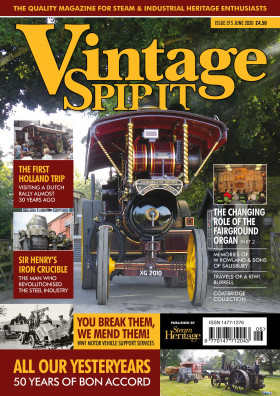 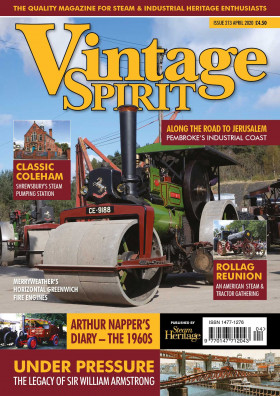