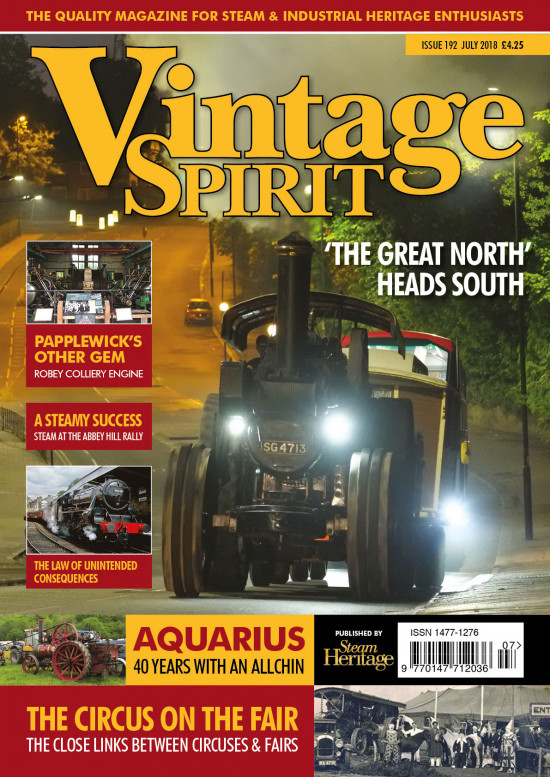 Dave Maidment from Dorset has owned Allchin Aquarius for nearly 40 years, but the family’s link with steam goes back a lot further, as Jim Gerrard found out.

When he is not busy running his multi-million pound business, Morris Leslie is a keen collector of old commercials, as Bob Weir recently discovered.

James Hamilton visited the Trevithick commemorations in Dartford in Kent.

Jim Gerrard reports on the steam section of a successful and sunny Abbey Hill Rally.

James Hamilton got up in the middle of the night to catch up with an early starter on the HCVS London to Brighton Run.

A Very Special Occasion for ‘Felix’

John Maund joined in the 100th birthday celebrations for a Garrett tractor that hasn’t been out for 23 years.

The Circus on the Fair

Neil Calladine looks into the close links between traditional fairgrounds and circuses.

The Law of Unintended Consequences

John Hannavy explores the unplanned – but very welcome – legacy of a 120 year-old Act of Parliament.

Will Hall looks at a rare survivor from a Nottinghamshire coalfield.

Medway Queen – Beside the Seaside

Richard Halton takes a look at the historic paddle steamer through some of the crew’s recollections. 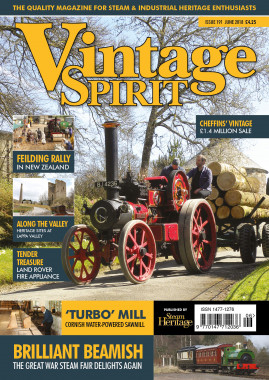 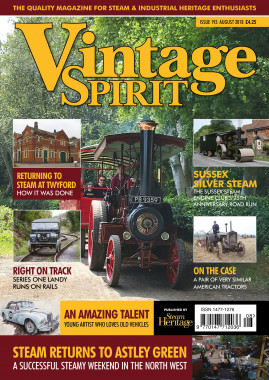