A Day Out With The Big Guns

A few weeks before Armistice Day, Colin Hatch and team hauled a replica howitzer to the former Great Western Railway works at Swindon to raise funds for charity. Colin tells the story of the day.

Fred van de Geer tells the story of a Netherlands-based steam tug with a wartime history which is undergoing a major restoration.

James Hamilton spent a day at the home of British motor racing which also played an important part in the First World War as an aircraft factory.

Jim Gerrard looks over the life of a real steam gentleman and the celebration of his life held in early November.

John Hannavy returns to the Gladstone Pottery Museum 40 years after his first visit.

John Maund enjoyed a week on the Isle of Man as the electric railway celebrated its 125th Anniversary.

Will Hall travelled to the west of Manchester to see the restoration work on a large cotton mill engine.

Autumn in the Chilterns

The annual Scottish Vintage Tractor and Engine Club (SVTEC) rally hosts one of the largest gatherings of stationary engines in Scotland, as Bob Weir recently discovered.

You Just Don’t See These Anymore...

Peter Brockington visited a reader with a very unusual vehicle which he had restored.

Dick Bodily dodged the showers on Armistice weekend to enjoy the SoDEM road run in Oxfordshire.

Jim Wilkie reports on things of interest he found at the 2018 Newark Tractor Show. 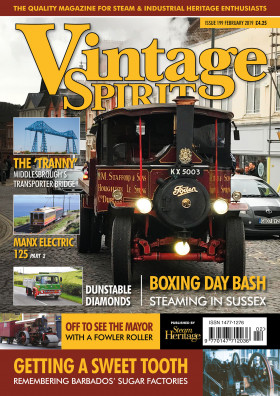 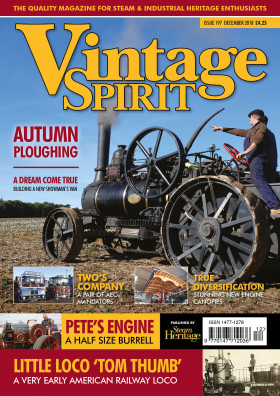